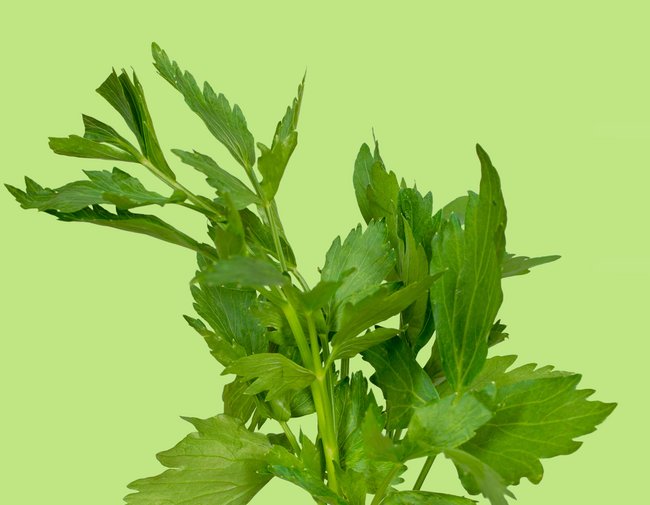 Lovage (Levisticum officinale) originates from Persia. Its presence in the imperial garden of Charlemagne and the St. Gallen monastic garden around the year 800 are the first recorded instances of the plant in Europe. The name comes from the Latin word “levare”, meaning to relieve or alleviate. The plant has therefore been used as a medicinal plant since ancient times.

In a culinary setting, lovage (or “Maggikraut” in German) is most commonly known for its use in Maggi seasoning, made by the company Maggi©. The herb can also be used in soups or to make lovage salt. Lovage leaves are best used fresh or frozen. They lose a lot of their flavour when dried.

Lovage should be stored at fridge temperature.

We’re a family business in the second generation. We’re determined to improve every single day. Our company encourages all employees to develop creative ideas and makes every effort to satisfy the wishes of our customers.